The Law Office of Derek Ewin

Looking for a Criminal Lawyer?

Talk to an Attorney in Walnut Creek, California today!

DO YOU NEED AN ATTORNEY?

Criminal lawyers help individuals who are accused of misdemeanor and felony crimes, including but not limited to harassment, assault, theft, sale of illegal drugs, arson, murder and grand theft.  They are capable of helping the person accused of a crime during every stage of the criminal process. Attorneys who practice criminal law know the ins- and-outs of the legal system and can negotiate with prosecutors to arrange plea bargains, lesser sentencing or reduced charges.  If the criminal defense team and the prosecutors are unable to reach a settlement, a good criminal defense lawyer will  have the experience needed to try the case in a jury trial.

What are the Difference Between Felonies and Misdemeanors?

Crimes categorized as felonies or misdemeanors vary from state to state but in general a felony is a more serious crime and often times carry a harsher punishment. Misdemeanors are less serious offenses.

Crimes such as murder, armed robbery and rape are classified as felonies. Typically a felony charge carries a penalty of more than a year in a state prison. Some states have a 3 strikes law. The three strikes law targets repeat offenders. Individuals who have been charged and found guilty of at least 3 violent crimes or serious felonies may be sentenced to life in prison.

What are the Benefits of Hiring a Criminal Lawyer?

Advise the Defendant of Their Rights and Explain What to Expect at Each Stage of the Criminal Law Process.

The criminal process can be confusing for those who are not familiar with the legal system.  It starts with the arrest of a suspect and moves through booking and bail, arraignment, plea bargains, preliminary hearings, pre-trial motions, jury trial, sentencing and finally appeals. A  criminal defense lawyer will walk the defendant through the process step-by-step to make sure their rights are not violated during the process and they will advise the defendant in making  decisions  throughout the process that will result in the best possible outcome for the case.

Ensure the Defendants Constitutional Rights are Not Violated.

All suspects placed in police custody or in custodial interrogation must be advised of their rights related to the Fifth and Sixth Amendment of the Constitution. These rights are commonly known as Miranda warning or Miranda rights.  The common warning states:

If a police officer questions someone who has been arrested without first telling them their "Miranda" rights, the case could potentially be dismissed and anything the defendant told police while they were in custody is inadmissible in court. If you've been accused or arrested for a crime it is always a good idea to invoke your right to an attorney before saying anything to the police.

Throughout the criminal process the defendant has other rights guaranteed by the Sixth Amendment of the United States Constitution. These rights include but aren't limited to:

An experienced criminal defense lawyer will be able to explain your rights to you and make sure the legal system does not violate your rights in any way.

Going to trial in can take weeks or even months and the results are unpredictable. A plea bargain can settle a criminal case quickly and will allow the defense team some control  over the  outcome of the felony or misdemeanor case. A plea bargain often means that the defendant will receive a lighter sentence for a less-severe charge than might have resulted from taking the case to trial and losing. There are other benefits from accepting a plea bargain including saving money on lawyer fees, getting out of jail if bail cannot be afforded, resolving the case quickly, and having a less-severe offense on a permanent record.

Investigate Facts and Evidence Related to Each Specific Case.

In , the States witnesses are knowledgeable in the courtroom and know exactly what to say and not say during examination.  A criminal lawyer also knows the ends-and -outs of the courtroom and will be able to cross-examine government witnesses regarding facts and evidence that work in the defendants favor.

Object to Improper Questions and Evidence.

During a criminal trial in there are procedures for admitting evidence and standards regarding lines of questioning. A criminal attorney knows this procedure and will be able to object to improper questions or evidence.

Present Any and all Legal Defenses Relevant to your Criminal Law Case.

In California many felony and misdemeanor charges have more than one valid defense. An experienced criminal defense attorney, who has reviewed the facts and evidence of a case can build the best defense based for each specific case.

If you've been charged with a felony or misdemeanor crime you need the advice of an experienced criminal lawyer. Contact The Law Office of Derek Ewin today (925) 262-8406.

The Law Office of Derek Ewin 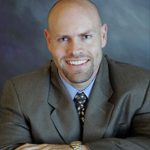 Derek Ewin has a wealth of Criminal Law experience including more than 27 years in County Prosecutors’ Offices.

Legal Disclaimer: The information above is presented as an advertisement. This website is provided solely for informational purposes and is not intended to create an attorney-client relationship between you and the attorneys. Any form of communication with us does not create or establish an attorney-client relationship. Images have been licensed through Green Tie Consulting.